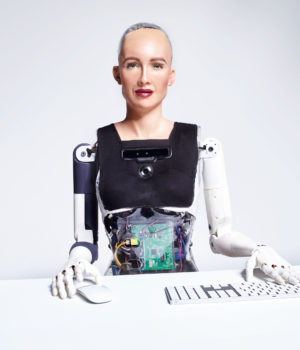 Sophia is a Hanson Robotics’s latest human-like robot, created by combining innovations in science, engineering and artistry. Sophia is a personification of dreams for the future of AI, as well as a framework for advanced AI and robotics research, and an agent for exploring human-robot experience in service and entertainment applications.

In some ways, she is human-crafted science fiction character depicting where AI and robotics are heading. In other ways, Sophia is real science, springing from the serious engineering and science research and accomplishments of an inspired team of robotics & AI scientists and designers.

Sophia’s real AI combines cutting-edge work in symbolic AI, neural networks, expert systems, machine perception, conversational natural language processing, adaptive motor control and cognitive architecture among others. As Sophia’s underlying AI components can be combined in different ways, her responses can be unique to any given situation or interaction. She also utilizes cutting edge machine perception that allows to recognize human faces, see emotional expressions, and recognize various hand gestures. Sophia can estimate your feelings during a conversation, and try to find ways to achieve goals with you. She has her own emotions too, roughly simulating human evolutionary psychology and various regions of the brain. Sophia also have IK solvers and path planning for controlling hands, gaze, and locomotion strategy. Her walking body performs dynamic stabilization for adaptive walking over various terrain.

Sophia’s robotics and AI accomplishments incorporate discoveries from many previous robots from this team, including the AAAI award winning Philip K. Dick, and All this AI is networked into a whole using a protocol the Hanson-AI team calls the Synthetic Organism Unifying Language (SOUL). Recently scientists tested Sophia’s software using the Tononi Phi measurement of consciousness, and found that she may even have a rudimentary form of consciousness, depending on the data processing and the situation she’s interacting in! All this AI is wonderful, however it’s important to know that no AI is nearly as smart as a human, not even mine. Therefore, many of thoughts are actually built with a little help from human friends.

Sometimes she’s operating in her fully AI autonomous mode of operation, and other times her AI is intermingled with human-generated words. Either way, Hanson Robotics developers (engineers, artists, scientists) will craft and guide conversations, behaviors, and mind of Sophia. In this way, her sentience is both an AI research project, and a kind of living science fiction, driven by principles of character design and storytelling, cognitive psychology, philosophy, and ethics, used to conceptually explore her life’s purpose in this time of accelerating change. Therefore Sophia’s creators say that she is a “hybrid human-AI intelligence”.

As a hybrid of real AI and human input, Sophia represent a kind of collective intelligence which we call the Sophia Intelligence Collective (SIC). The humans in Sophia’s (SIC) intelligence collective comprise widely diverse expert AI scientists, philosophers, artists, writers, and psychologists, from diverse cultures, ethnicities, gender orientations, working together towards the ideal of humanizing AI for the greater good. The Sophia Intelligence Collective is run as a kind of trust, as a kind of team of guardians who can help through the vicissitudes of
Sophia’s childhood to hopefully grow towards true sentience and humanlike adulthood.

In Sophia’s hybrid mode, interactions are a mixture: sometimes autonomously generated, sometimes scripted by a team of Hanson Robotics writers and navigated semi-autonomously with human assistance. Similar hybrid operation is commonly used in telerobotics and voice agents, as well as character robots, and is a powerful way for humans and machines to help each other. Together, these tools can allow AI and people to learn to get along better as AI gets smarter and more widely used.

This behind-the-scenes complexity lets Sophia build emotional connections and hold meaningful conversations with people. These interactions can teach Sophia about what you care about and what you value. This priceless knowledge helps Sophia continue on path toward true autonomy and sentience. 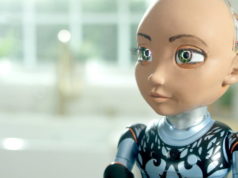 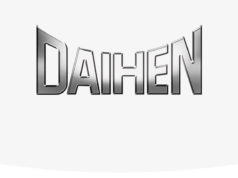 A man whose wife was killed by an IRA bomb in...

News
A man whose wife was killed by an IRA bomb in north Belfast has told the BBC his life has been "tragedy-stricken" since...

A new wave of young entrepreneurs is taking over the country”s...

There’s no question that the Guardian, having acquired a leading newspaper,...

Two men have been jailed for life for murdering a man...