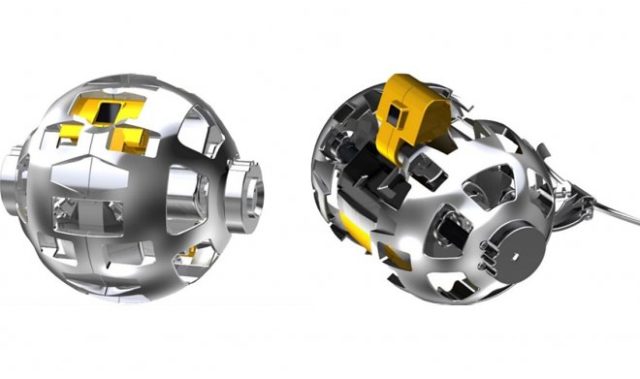 The Japanese Aerospace Exploration Agency has planned to send a special reconnaissance system to the Moon in 2022. It will consist of a landing module to practice safe landing techniques and a reconnaissance robot to study the terrain. The latter is made according to an unusual scheme transformer – to fly to the moon it will be in one guise, and work in another.

This mission is a preparation for sending a manned Japanese lunar rover to the moon, which is scheduled for 2029. The reconnaissance robot is needed to plot a route, study the ground in the way of the moon rover, search for obstacles, etc. It is not a tool to study the Moon, as such, but an assistant machine, so the requirements for it are appropriate. In particular, the robot is very compact and weighs only 250 grams.

It will be delivered to the Moon by a private company Ispace. During the flight, the robot will have a balloon shape, and when it reaches the lunar surface, it will open, preparing wheels and navigation tools for work. The concept was invented at the University of Doshish, engineers from Sony are developing the robot, and toy manufacturer Tomy is responsible for the design. It is possible that this approach will usher in a new era in the creation of vehicles for exploring other space objects.

News
Single ants are simple organisms and yet, when living together in a colony, they can do amazingly complex activities including building, finding food and...