Removing debris from the ocean or sea is a costly and time-consuming process. In a European project, a team at the Technische Universität München (TUM) is developing a robotic system that uses machine learning technology to detect and collect underwater debris.
The oceans and oceans currently contain 26-66 million tonnes of plastic waste, most of which is on the ground. This poses a great threat not only to marine flora and fauna, but also to the ecological balance of the ocean.
However, removing waste from water is not only time consuming and costly, but it is often dangerous as most of the work is done by divers. As part of the SeaClear project, the TUM team is working with eight European agencies to develop a robotic system that can collect underwater waste.
This system is a combination of four robot components. An autonomous water vehicle performs an initial scan of the ocean floor to detect the accumulation of large amounts of debris. It then lowers the robot into the water to detect underwater debris and send additional information to the computer, such as a close-up of the ocean floor.
If the water is clear and visibility is good, use an unmanned aerial vehicle to track debris. The resulting data will be combined into a virtual map. The robot collector then accesses the specified point on the map and collects the debris. Use a grapple to put it in a trash can that is pulled to the shore by an autonomous boat.
“Developing autonomous robots for underwater applications is a unique challenge,” he says. Stefan Sosnowski, Technical Director of the SeaClear project. Once the debris is identified and recognized, the robot needs to approach the debris. To do this, you may need to overcome strong currents. The challenge for TUM in the SeaClear project is to move the robot in the right direction. “

To achieve this goal, the team is using machine learning technology. The AI ​​module performs calculations and learns the conditions under which the robot moves. This allows him to accurately predict his behavior.
“Another challenge is the lack of computing power on the ground,” says Professor Sandra Hirsch, Principal Investigator at SeaClear. It is not connected to a large data center with a supercomputer. Therefore, you need a powerful algorithm that works with limited resources. Therefore, we use a very efficient sampling method that provides accurate predictions with minimal data. The AI ​​system just discards unnecessary information. “

If the SeaClear system is fully functional, it is expected to achieve 80% accuracy in classifying underwater debris and collect approximately 90% debris. This is comparable to the results obtained by recreational divers. The first prototype test was conducted in October 2021 in Dubrovnik, Croatia. Further tests are planned in the port of Hamburg in May 2022. 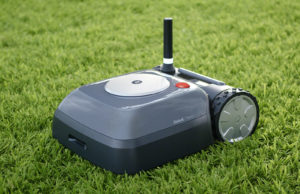 News
If you took a look at newer Roombas and wondered why that clever mapping couldn't be used to cut your lawn... well, you're not...